A Book of Listening

The person we look at, or who feels he is being looked at, looks at us in turn. (Walter Benjamin) This reciprocity and its limits, the awareness of an exchange opened by whatever we turn to and the nourishment and necessary correction such exchanges bring, are the ground base of this book. Written in the short, unpunctuated lines Graham has refined and developed through several recent collections, each extensive sentence is opened and slowed to allow for fleeting moments of decision. Many reviewers have praised an attentiveness in Graham’s poems—he is ‘a poet “who notices such things” who has a way of finding those fugitive rays of light’ (Nicholas Murray); he has ‘a concern to capture the quiddity of the loved thing, the essential genius of person and place’ (TLS 2010), and such curiosity and respectful observation is at the heart of A Book of Listening. How do we attend to the thoughts of others, to the works of art we look at, to the spirit of a place we visit, to the presence of dead loved ones and to a world of objects layered with associations? The result is an extended pondering on the powers of imagination; and especially that power as we manifest it in understanding, empathy or compassion. As Spinoza affirms in one of the guiding introductory epigraphs here, ‘There is nothing more useful to human beings than human beings’.

There are those who can talk any subject to death—

too many to bother to remember the occasions

there are those dead–tired from the talk

of others not listening to how they may be heard

and there is Totschweigen as a German friend said

explaining—‘to silence something to death’

that passage in Jane Austen

‘Did you hear me ask him about the slave-trade last night?’

‘And I longed to do it—but there was such a dead silence.’

He is only saying

what she will say

when we move between them

stretched between their eyes

which we may pass across

but cannot halt on—

we must take both in

how each one looks

to see what they can see

would be invisible to us

and now a place to park

where the World Cup

drowsy from the heat

and in the evening

from the last century

could still be pegged out

by a girl in a mob-cap

could still climb up

a world from any painting

of the Golden Age

where a low ceiling

as you come in

of what went on

to let the sound

the two of them

as we had tried

we took it with us

and filled to the brim

Recording: from A Book of Listening 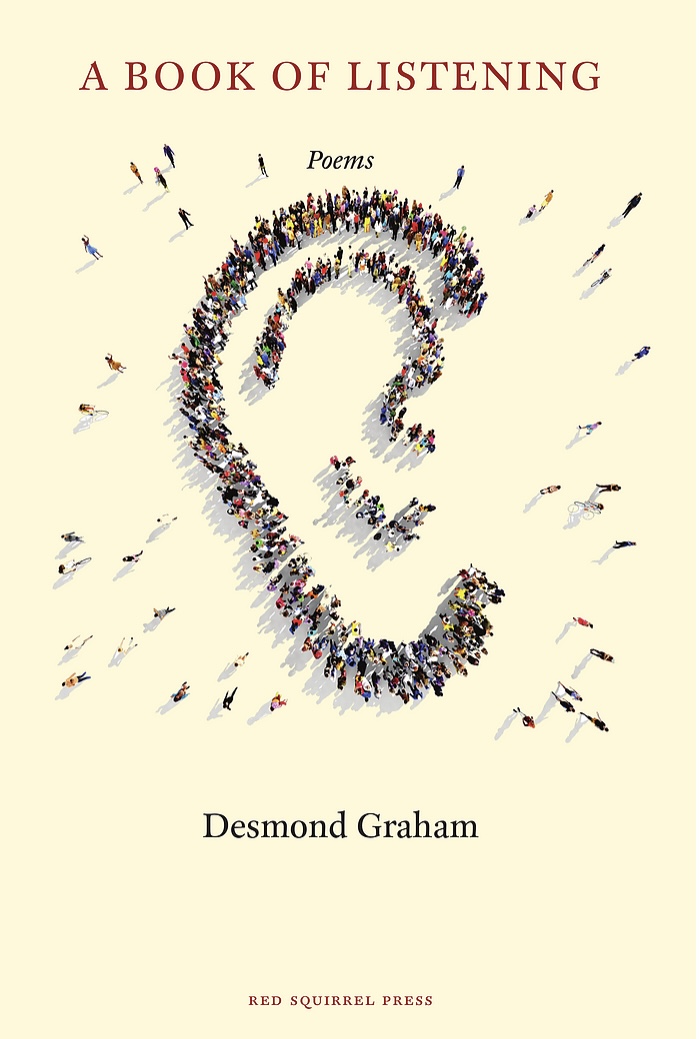 ‘A Book of Listening’ is available to buy here.