We are celebrating Keith Douglas’s centenary, in the course of the year developing and expanding the Keith Douglas website. He is now widely recognized as Britain’s most important poet of the Second World War and a major poet of the Twentieth Century. Born in Tunbridge Wells on 24 January 1920, he was killed in Normandy on 9 June 1944, three days after landing on D Day. 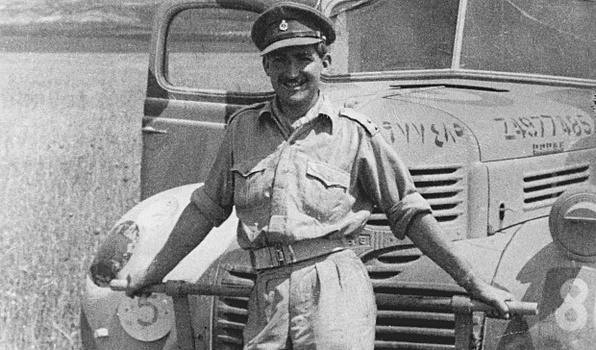 Keith Douglas in the desert 1943

Already published in the nineteen-forties, it was in the sixties that Keith Douglas’s work was ‘rediscovered’ by Ted Hughes and Sylvia Plath. Championed by Hughes in broadcasts, essays and the publication of a Faber ‘Selected Poems’ in 1964, the poems were immediately and widely seen as of major significance. Here, as Hughes claimed, and many others agreed, was the lost piece of the jigsaw of Twentieth Century English poetry.

In Douglas’s war poems, the First World War achievement of Owen, Rosenberg and Blunden proved to have been matched in the Second World War; but with a different kind of work with different emphases. Here was a poetry not of a victim-volunteer stuck in a hell of trench warfare, but a poetry of a clear-eyed conscript, sent on his travels towards varying degrees of danger in the machine of the state driven by a mobile, international war. Like his predecessor and Oxford Tutor, Edmund Blunden, Douglas wrote a prose narrative, Alamein to Zem Zem, alongside his poems. Like Isaac Rosenberg, Douglas was an artist as well as a poet, and illustrated his own writings. Like Wilfred Owen, he protested against and exposed the destruction and the moral depravity of war, but Douglas did so as an engaged, even committed, participant:

I do. Being damned, I am amused

To see the centre of love diffused

And the waves of love travel into vacancy.

How easy it is to make a ghost.

(Keith Douglas: ‘How to Kill’)

Douglas’s prose memoir, Alamein to Zem Zem, makes clear his position. The battlefield of the Western desert where he fights, is like Alice going ‘through the looking-glass’, a strange place full of surprises but not, as he observes it ‘wholly terrible’: where a beautiful glittering light in the sky might turn out to be a plane which proceeds to bomb you; a terrifying enemy tank come upon nearby, might prove to be a harmless, abandoned wreck.

The war of which Douglas’s narrative writes is highly modern: mobile, fought over great distances and from the air and the sea as well as on land, dependent upon functioning machinery, rapid transport and radio communication. It is also curiously anachronistic: few civilians are involved or injured [until the aftermath of landmines many years later]; fighting it are national armies in uniform; and, uncharacteristically, especially for the Second World War, there were relatively few atrocities committed by either side during this desert fighting. The German General Erwin Rommel, in fact, became a hero of the British soldier, much to the annoyance of British higher command.

In the desert, Douglas shared the widespread refusal to be respectfully militarised – he wished to be a successful soldier, efficient and expert at his job, but he despised those who slavishly followed uniformity, gave or obeyed ridiculous orders and followed or enforced meaningless notions of discipline. A rejection of ‘Bullshit’, and the exposure of it, were directly claimed as a writerly, poetic principle of Douglas’s, and as a personal and soldiering one too. In a now famous letter to his editor-friend J C Hall in August 1943, he wrote: ‘I don’t know if you have come across the word Bullshit – it is an army word and signifies what I think must be got rid of – the mass of irrelevancies, of “attitudes” “approaches”, propaganda, ivory towers etc., that stands between us and our problems and what we have to do about them.’

Similarly individual in his reading and tastes, in both his writing and his life he was more at home with the international than with the national: he carried a copy of the German poet Rilke with him in Egypt; he was especially impressed by the French poet Aragon; he translated parts of and was fascinated by Homer’s ‘Odyssey’, referring to it right through to the preparations he made with his Regiment, The Sherwood Rangers Yeomanry, for the invasion of Europe in 1944. Decades back, his Alamein to Zem Zem was translated into Hebrew. Right now Douglas’s poems are being translated into Polish.

As for so many of his and the subsequent generation, if it would have been self-evident that Douglas was anti-fascist: the enemy he most thought about was not a nation or people, not even a political ideology, but those who lived for destruction, who gained power through lies, who ruled by dishonesty, and were sustained by cant and hypocrisy in public and in private life. He had no illusions but he did remain profoundly committed to principle, and to not abandoning hope. Later in that same letter of 1943 Douglas wrote: ‘It sounds silly to say work without hope, but it can be done; it’s only a form of insurance; it doesn’t mean work hopelessly.’

If in finding available again Douglas’s work as a war poet, there was the discovery of a ‘poet of the Second World War’; in finding his work as a whole, there was the acknowledgement of a poet very much of the present, someone who was intellectually part of the future rather than the past. Charles Tomlinson, Hughes and Plath, Geoffrey Hill, Seamus Heaney, Anne Stevenson and numerous others, saw him as the kind of poet currently needed, in their own time, and sorely missed.

Truly precocious with publication in leading poetry magazines while still at school; talented in versification and prosody; effortlessly colloquial in the movement and phrasing of his work; and, at the same time, both sharply ironic and persuasively romantic, he was recognised as a writer who combined lucid intelligence with open emotion. The editing and celebration of him in the sixties and seventies then, offered Douglas’s work as ‘the road not taken’, the proof of a kind of modernism – lyrical and formal, intelligent and openly felt –which was thought to have been absent from English poetry for many crucial decades.

Since the biography of 1974 and the new editions of his poetry, prose and letters, from the late seventies on, he has been widely praised and read. All his work is now available and in print and one hundred years since his birth, he seems even more a contemporary of our own. He is worth our finest attention.

… I keep words only a breath of time

turning in the lightest of cages – uncover

and let them go: sometimes they escape for ever. 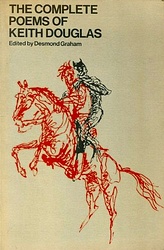 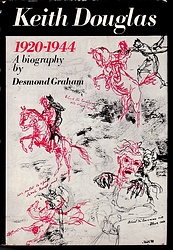 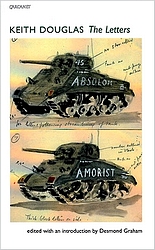 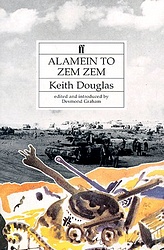 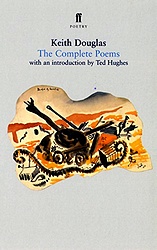