Desmond Graham’s third publication from the Villa Vic Press, Newcastle, available in Limited and Special Editions (with wood engravings by Chris Daunt), ‘Unaccompanied’, brings together poems on kindred spirits, other writers, acquaintances and friends whose presence has nourished his work. These little tales of the unexpected reveal how the imagination finds creative impetus from absence as much as presence, from coincidence as much as good fortune, and from its ability to adapt creatively, the vagaries of chance. The great Polish poet Zbigniew Herbert, Rainer Maria Rilke, Geoffrey Hill and Tony Harrison; the invisible yet famous editor Catharine Carver; Osip Mandelstam and Walter Benjamin all are given roles, however fleeting, but never silent.

Launched in Germany in 2014, poems from the collection are also available in Polish translation in Graham’s ‘Nowe wierze’ (Gdańsk 2014). The Villa Vic publication is available now and will be launched in the UK in 2015.

All day day-dreaming through feathered grass

and the spread of daisies underfoot

of Keats and Tennyson while others

laboured at their shots or caught

and knowing no secrecy about it all

until they found your sonnets out of Shakespeare

and gave you your first public

hooting as you tried to wrestle back your script

and some years later meeting Rilke

in a large French-windowed room

his back to you

and head-down as you entered

to give you welcome

pausing till you spoke

and on your silence asking

was there anything you wished to ask him

and he would answer

and from the far side

‘Tell me about the First World War’

and that look on Rilke’s face

and possibly a little pique

and all the lines you could have asked of

all his angels animals

and wonderful false-friends of writing

waiting in his head to answer

went back to their places

in the dark rooms

and sat back at his desk

who threw away three wishes

with his stupid questions

or the dolt who sold the milk cow

on his way to market

and lay there in the darkness 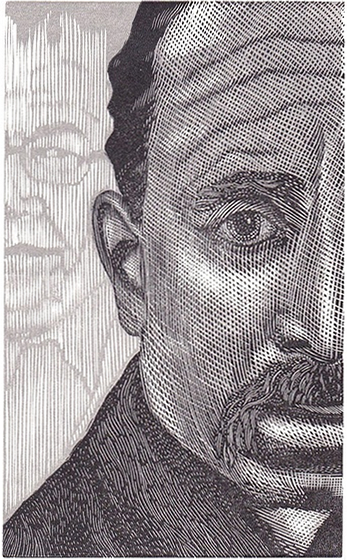 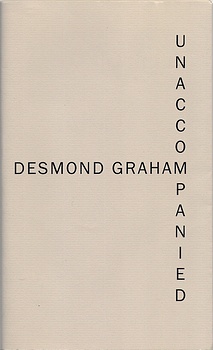 'Unaccompanied' (Special Edition) is available here (UK) or here (US).