From the ‘Author’s Note’:

‘This book stems from the insights of neuroscientists who have conveyed “the splendours of the human brain” in a language comprehensible to one whose normal reading is poetry. Eric R Kandel, V S Ramachandran, Oliver Sacks and numerous others repeatedly remind us that such science is at a very early stage and that it could bring as many dangers as, right now, it brings benefits. What we know so far, and I am able to understand, reads like a first gloss on what poets have tried to hold true to for centuries.

With the confidence of possessing such ancestors, I have taken the liberty of letting the imagination play upon the scientists’ profound discoveries in a sequence of ‘songs’: a cumulative work, which builds an overall narrative. Walter Benjamin wrote, in 1936, that ‘The Storyteller’ is someone “who has counsel for his readers…counsel which is less an answer to a question than a proposal concerning the continuation of a story which is just unfolding.” It is in that spirit that these poems are offered.’

This, the fourth of Graham’s Villa Vic publications, has a wood engraving by Chris Daunt and a cover design from an embroidery by Trude Schwab, and is published in a limited, numbered edition of 200 copies and a specially bound edition of 20 copies, signed by the author and the artist. The poems first appeared, in a slightly different form, in Polish translation, in ‘Nowe Wiersze’ (Terytoria, Gdańsk 2014).

I really do not think with my pen, because my head often knows nothing about what my hand is writing.

…if you remember anything of this book, it will be because your brain is slightly different after you have finished reading it.

in the great machine

of the Sistine Chapel ceiling

between the outstretched finger

and the angled hand

ready to take in and pass on

all the lightnings of creation

and long slow lives of oceans

found this small space to live in –

our version of the story

we have fruit-flies tell us now

and Aplysia the sea-slug annotates

with us at the keyboard

out of our senses

of the lime tree

as the first shoots of spring

can hunt out something burning

before we have moved

out of our room

at the steering wheel

of our father’s first new car

and touching the skin

as the sun lands there

can taste the first peach

in the hands of a small child

still in the battlements

left by my ancestors

as they passed the time

watching for a ship

or thinking of home perhaps

had they just an inkling

even the slightest inkling

and did it take so long

to even start to understand 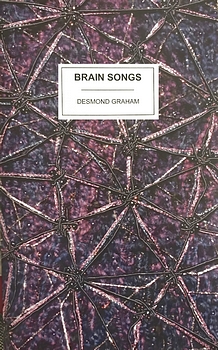 'Brain Songs' (Special Edition) is available to buy - enquire via the Contact page.